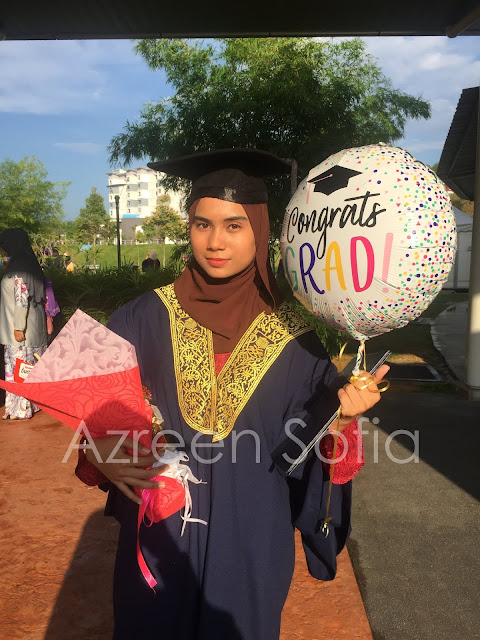 I have been waiting for this time to write on my blog. This is the most awaited moment for me as a student, ever since I finished my Diploma last year on June. Of course, 5 semesters in Diploma has taught me a lot and I am very thankful to myself that I survived.

Upon this opportunity, I’d like to thank my friends (FAME, BBJ and my MC110A or MC110Akmal eww) for being there for me when I needed, for the supports and help during my Diploma years. This is the best platform for me to thank each one of you guys because without you guys, I might have drowned somewhere else hahaha.

Shall we start with my FAME babes first? My biggest supporters, my family, my girlfriends, my through-thick -and-thin rangers and my everything. Well, FAME stands for Fa, Azreen, Madine & Elia. I don’t even know how I can be into this group when I clearly have no idea when it started. It was just a coincidence that we planned to go out together and there we go; it became a group & we are doing good until today. Fa & Madine are now working, busy making money while Elia & me are now in the same course, same class, doing some sh*ts together again hahahaha even Elia was in different class with us in Diploma.

To my BBJ (biasa-biasa je; phrase given by our ex-PA now it turns out to be a group name, well thanks to Sir Zari), it all started when I make a WhatsApp group just to transfer all the pictures taken after we did finish our speech for Public Speaking but it turns out to be a good friendship until today even some left the group for no reason & yes, nothing can stop them. BBJ members are me, Madine, Iffah, Ashlin, Camelia, Hani Penang, Hani Zuki, Diba, Opi.

Pre-Convocation
I was late to the day before my graduation to settle the robe and invitation card for the parents. I went to UiTM with Madine and Iffah.  We were a bit late, so we did not manage to have a pre-convocation pictures with the classmates & that saddened me a bit. Thus, we did a small pre-convocation shoot around our faculty & PD, my favourite place ever even ada pantai je hahaha. With the help of Madine’s boyfriend, we did have some good pictures together & it is more than enough. 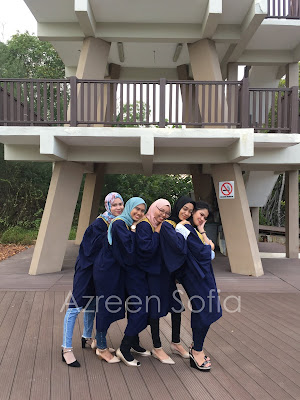 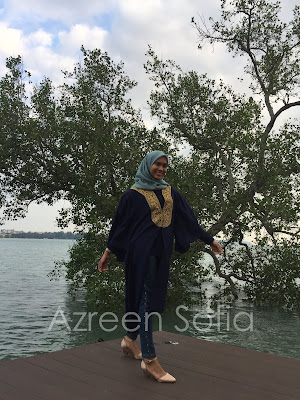 Convocation Day
So, we settled down everything at the homestay with my BBJ members & some headed to UiTM first as some waited for Madine’s bf to pick us up. After everything is settled, as we were on our way to UiTM, something just happened in the car. Madine accidentally spilled water & my dress wet all over but everything was fine when we decided to steam the dress with iron back at the homestay. Thought we were late for our own big day but thank God we made it. It was such a mess but a good memory to remember.

I was so nervous as my parents weren’t there yet, and the invitation card is still with me so I was so clumsy & all; but again, I forced my brother to pick the card up from me and all- I know he must be annoyed with me but who cares hahahaha then it comes the most awaited time!

Well another mess was that I was wearing my new heels & I was in pain since my feet hurts a lot, it bleeds a bit, but I tried my best to calm & endure the pain.  I did it! I handled the pain until at the end of the day & I am proud of myself but pity my leg, but no worries, it is not that serious, just bleeding….

After the ceremony ended, the rain poured heavily outside so we had the chance to only take pictures inside the hall, it was worth it but the lighting was so bad so I did not get the not-so-full family picture but I’d like to thank my parents to be on my big day even my dad was not feeling well that day. I am touched that my brothers were there too, except my 2 youngest siblings.

My family went home a bit earlier, so I spent my time to be with my friends and take pictures until we all exhausted to the max, but it was a very great moment I tell you. We then decided to return the robe, and settled everything; the fees, and some stuff that I was asked to do & I just did so, it’s the end of my Graduation Day. 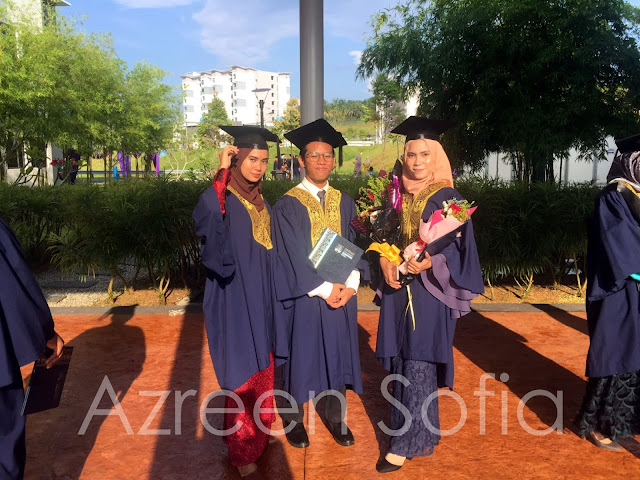 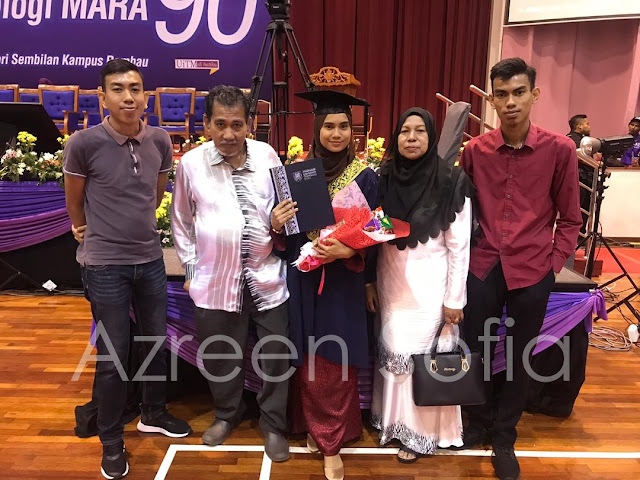 Oh, I forgot to mention that I MESSED UP when I wanted to take the scroll. I bowed to the Pro Chancellor when my name was called out when I am supposed to bow when he greeted me but I think it wasn’t that obvious but I feel stupid & it was a bit embarrassing, I hope no one noticed that. I really hope.

Then, back to reality, Shah Alam it is. My brother was so lazy to drive so I had to drive after a very tiring day, but I couldn’t care less, I just want to reach Shah Alam ASAP & the traffic was sucks. Oo-oh, I mentioned a lot of useless moments, but the most important thing is that I GRADUATED FROM DIPLOMA IN MASS COMMUNICATION AND MEDIA and what is better than that?

I’d like to thank everyone for the warm wishes, I am very thankful to have such supporting friends and mutual, I feel blessed. Until the next post, have fun! 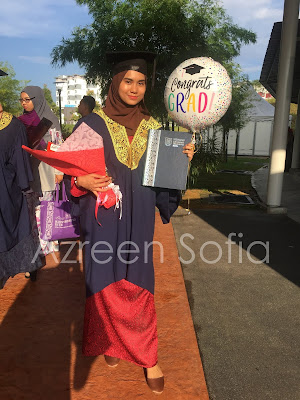 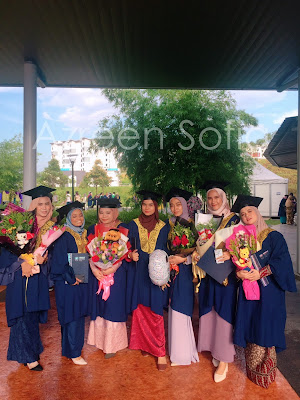