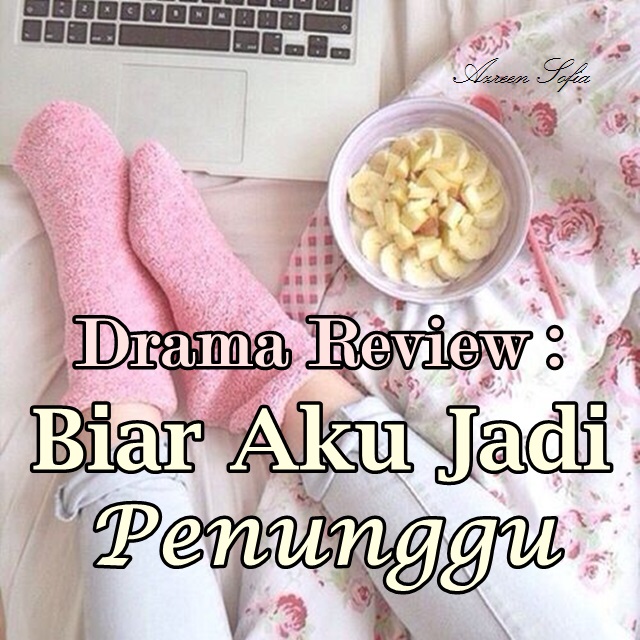 This is my first drama review post on my blog, so I guess it doesn't give much trouble to me to tell you briefly the story of the drama itself. Well, I am not really a fan of 'typical Malay drama' but this drama is just good to watch until the very last episode.

This drama has ended last Thursday, with 28 episodes in total. The drama is starred by Janna Nick & Ashraf Muslim as the main actors which I guess not really a perfect combination but both of them took the role perfectly! Well, I love Janna Nick's acting, that's why.

To be really honest, I don't like to go down to the TV hall at my college so I decided to watch it on my laptop by downloading the full episode of this Drama Biar Aku Jadi Penunggu through website Drama Terkini.

So let's start with what this drama is about.


This drama is about Ifaat Hamani (Janna Nick) & Afeef (Ashraf Muslim) decided to get married because Afeef wants his parents to send him off oversea to further his study with his girlfriend, Damia (Mira Liyana) Ifaat thought that Afeef is sincerely loves her, she has no clue about that. The first day Afeef touched down oversea, he called Ifaat to inform his arrival. 4 years later, no calls, no texts, no email, Afeef go back home with Aqil, his son with Damia. His parents had no clue about their wedding and all, so do Ifaat. However, Ifaat accept Aqil & treat him like her own son. Not long after, Damia is back to Malaysia after finished her study. He decided to get Afeef back because she is carrying a baby with other man. She pretended like she has changed a lot, indeed, she is still the old Damia who loves clubbing & drinking. Afeef believes that Ifaat is the one. There are so many struggles & problems they have to face together in their marriage.

So, if you guys want to know more about the drama, you guys should watch it yourself. This drama touched my heart a lot. I DON'T KNOW HOW CAN I CRY TO SOME PARTS OF THE DRAMA LOL. 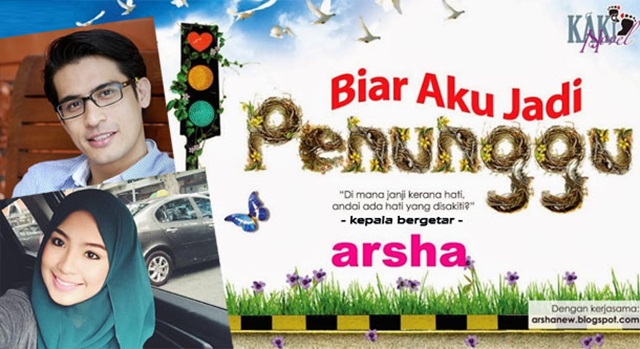 You can watch it online or download it on your laptop from the provided link above that I already stated. There, you can download & watch any Malay drama, TV shows or film online! Well, tbh, I only watch SOME Malay Drama & TV shows. Film? Depends, but not so into it. 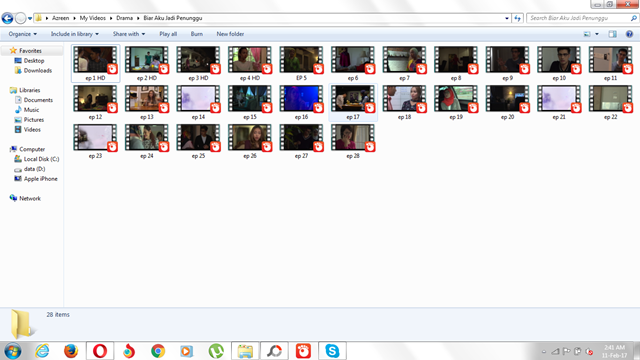 So these are all the 28 episodes that I download & yes, I finished watching them all!!! YEAY? Let's see my comments on this drama.

This is not really a typical drama which the hero & heroin comes from a rich family, born with BMW & Benz & all, this drama is just nice. There are some logic in reality.

Actors : They are just good. Asyraf & Janna Nick is a no-no OTP but their acting is good!

Plot : It is done perfectly but there are too much 'meal time' with the family members. It's kinda awkward you know.